New York has plenty of dark secrets. NYC Ghosts  8 or 12 haunting tales to scare the history of New York into your memory forever!

Our terrifying tales of death, hauntings, and lives lived in the filth and squalor of Manhattan’s Greenwich village during times of plague, disease, and pestilence. Washington Square Park, for instance, was not always the tranquil park it is today.

In 1797 the land was purchased by the city and used as a makeshift graveyard for the poor and indigent. This was a bargain-basement burial, cheap, thin coffins were used to encourage decomposition, so more bodies could be buried on top of those poor souls. Estimates put the number of the dead within the park at over 20,000 people. Walking on top of these victims of Cholera and Yellow fever puts a chill in you when you realize every step puts you on top of another grave.

Whether you have just a few hours to take in a New York experience, or if you are a hard-boiled local, you will learn more about the past and current hauntings of New York City on this hour-long tour than you could in a week of research.

Below are just a few of the 8 or 12 locations we will visit on your tour. Some of the further afield locations that we researched but were unable to include on our tour made it onto our blog, learn more about the sordid history of New York City, with NYC Ghosts.

WHAT'S ON MY GHOST TOUR 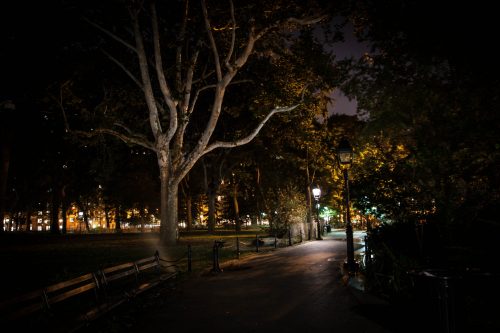 This park is no walk in the park. Built on the site of a Native American burial ground, the park was used as a site for mass graves for tens of thousands of the unfortunate. Washington Square Park has also been the site of lethal disease outbreaks and suicides. Tread here carefully.

More than a handful of secret dealings were carried out behind the inconspicuous brick facade of the Pirate’s Den. A notorious speakeasy during prohibition and a home for the mistress of New York City’s most corrupt mayor, The Pirates Den still echoes with the shouts of wild abandon and violent decadence from the era of Prohibition. Not everyone got to escape the secret rooms alive. 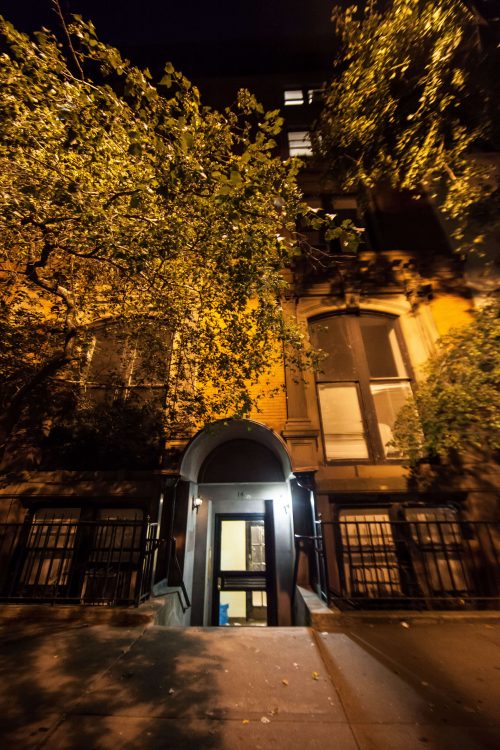 Another literary icon’s spirit dwells in New York City. Mark Twain’s ghost has been seen, along with at least 22 other ghosts, at this “House of Death.” Although Twain briefly lived at the residence, his spirit seems to have resided there longer. How and why could this be?