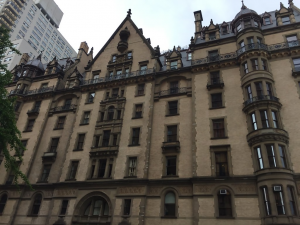 Let’s talk about the Top 10 Haunted Places in NYC. New York City is the largest city in the United States. The city’s founding can be traced back to 1624 when Dutch settlers were setting up shop with a colony known as “New Amsterdam”. The British would later seize control over the city until the inception of America and the Revolutionary War. Today, it is one of the most recognized and iconic cities in the world.

With the city spanning across five boroughs and a population of well over 8 million people, it is a place that has anything and everything available to anyone visiting the city. Especially places that are haunted and carry some kind of sordid past. Though the Big Apple might have haunted sites that cover this vast city, only ten stand out as some must-visit places for those who are feeling quite adventurous. Once you go through the list, you may be tempted to book a trip to the “Greatest City In The World” and check out these places yourself (or with an equally adventurous friend).

With that, here we go: Top 10 Haunted Places in NYC 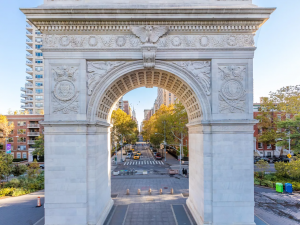 Washington Square Park is one of the most iconic parks in the city. While tourists and students of NYU tread the grounds and check out the entertainment nearby, what they don’t realize is the past that this part of the city once had. This was a mass gravesite that dates back to the late 18th century. Specifically, those who were buried were the victims of a yellow fever outbreak that spanned nearly three decades from the late 1790s up to the 1820s. The grave was inadvertently discovered when someone dug up what turned out to be human remains. Well into the recent years, even archaeologists have continued digging up more bones of the dead.

Even today with a lot of public works projects happening all over the city, the issue of coming across human remains that have long since been buried throughout the Colonial period might give archaeologists a reason to stay busy. 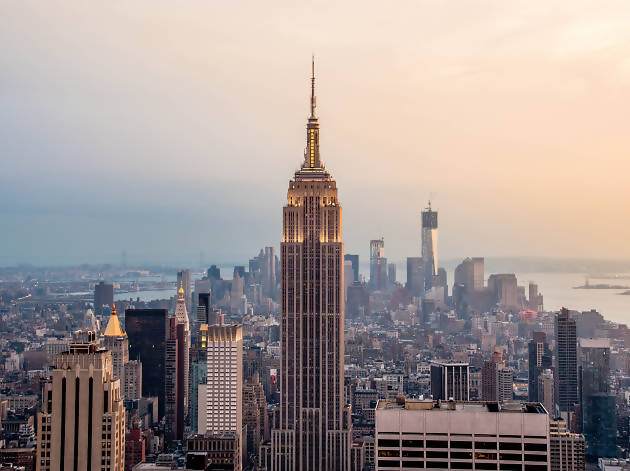 The Empire State Building? Haunted? Who would have thought that the most recognized landmark in the entire city has a few haunts hanging around this building of more than 100 floors? While many around the world flock to the 86th Floor Observatory to get a 360 view of the city, it has become the site of some unfortunate incidents.

Many people have committed suicide by jumping out of here throughout the building’s near 90-year history. One of the more notable suicides was the death of a 23-year-old woman who fell to her death and crashed into a limousine. There is a famous photograph of the aftermath that was published in 1947. Her ghost was said to be seen by several visitors over the years. Despite the inclusion of suicide prevention fences being implemented in the late 1940s, suicides were still a regular occurrence. The most recent one was last said to happen around 2006. 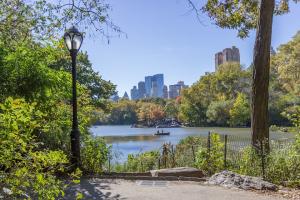 The largest park in the entire city is bound to have some scary hauntings at night. Whoever said to never visit Central Park at night was right on the money. Even some ghost hunters have gone exploring to see what ghostly activities might be occurring within the confines of this 700-plus acre park that sits smack dab in the middle of Manhattan. If you are up for a certain challenge, there are some Central Park Ghost Tours that might be to your liking. 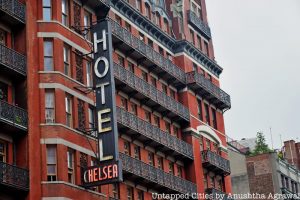 This hotel was established in the early 1880s. Over the years it has hosted many famous musicians. And it was also the site of an apparent murder in which one of those musicians might have been involved. Sid Vicious, a member of the British Punk Rock Band “The Sex Pistols” was said to be someone who may have been involved with the death of his girlfriend Nancy Spungen. Also, it is said that the ghost of a woman named “Mary” is also seen in the reflection of the mirrors of the hotel. It is said that Mary survived the Titanic disaster in 1912. Her husband had perished when the ship sank into the Atlantic.

Though many of those who have visited included some of the most famous people in the world, it would be interesting to hear of any ghost stories from them during their stay (that is if they are any). 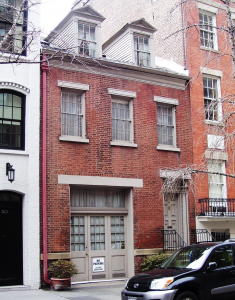 With an infamous nickname like the “House Of Death”, it would be added to this list of haunted places. This home might be the most haunted house in the entire city. Mark Twain was a resident for just a little over a year. He wrote and recounted moments where he felt a presence and may have seen some ghosts himself. It is rumored that nearly two dozen ghosts have haunted the halls of this very house. Mark Twain might be considered as one of those many specters.

Not to be outdone, the townhouse has also been the site of some homicides and even suicides (hence the name, maybe). One such case was the murder of a six-year-old girl who was beaten to death by her stepfather in 1987.

This apartment building is located in the neighborhood of Central Park West. This was also a place that John Lennon of the Beatles had once called home until his death. On December 8, 1980, Lennon was shot to death by Mark David Chapman. To this day, some of the buildings workers or even tenants have claimed to either see a figure or even a ghost of someone resembling Lennon himself. However, he is not the only spirit that might have some kind of presence in this building. In the past, some have claimed to see a little girl among some other child-like spirits that may have died at some point in the early 20th century.

Even the apartment owned by Lennon himself was said to be up for sale. So if you want to live with some possible spirits that lurk these halls, you may have to cough up a ton of money. How much exactly? How’s $13 million sound to you?

If you think the “House Of Death” was the home to dozens of ghosts, you may be surprised that it may not be the only place. This is the second oldest church in New York City, which was established in 1799. It was once the home of the famous Dutch explorer Peter Stuyvesant. Word is that Stuyvesant’s ghost might have been the cause of some activities like unexplained ringings of the bell and even interrupting church services by singing hymns in his language. So he may not be the biggest fan of hymns being sung in English.

Of course, the clergy and churchgoers here are probably not short of any stories regarding the ghost of Peter Stuyvesant and perhaps the ghosts of many of the other Dutch settlers that have resided in the place that was once called New Amsterdam. 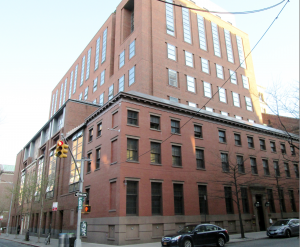 Before being one of the many buildings that consist of the campus of New York University, this behemoth of a building was once the home of Edgar Allan Poe while he was writing one of his most famous stories, “The Cask Of Amontillado”. Since the building was made from brick, it may have inspired Poe to write the fate of one of the main characters in the story. It was said that some parts of “The Raven” were written here during Poe’s short stay. While parts of the home are still intact, there have been students who have either felt a presence or have been spooked by one of the most legendary horror writers of all time.

Today, it’s part of NYU’s law school. There might be a good chance that an attorney that attended law school here may have a story of them once encountering none other than Poe himself in some way. 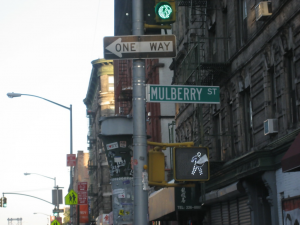 Located in Little Italy, Mulberry Street holds many stories that were based on the gang activities of many Mafia families from the Gambino’s to the Genovese’s (and everything in between). Since this was a hotbed for mobster activity, this street was also the sight of many “whackings”. One such incident occurred in 1972 when a mob boss known as “Crazy Joe” Gallo was gunned down while eating dinner. These days, the mafia presence seems to be gone with a lot of new businesses and renovation taking place. However, the ghostly presence of these gangsters may still be around and possibly haunting some parts of the iconic Little Italy neighborhood. 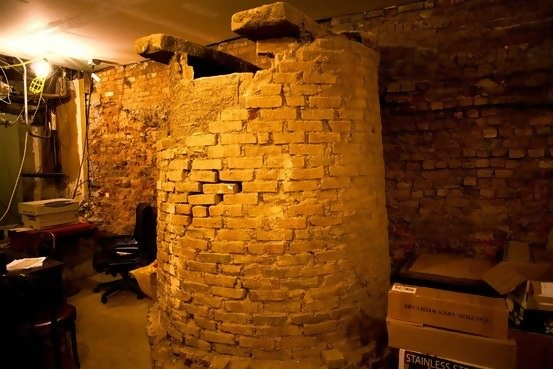 This well was the scene of a murder that occurred in the year 1800. What might shock you is that involved two of the founding fathers of our country–Alexander Hamilton and Aaron Burr. Before the latter killed Hamilton in a duel, both were trial attorneys defending the alleged murderer named Levi Weeks. Weeks was accused of murdering a woman named Guilema Sands. Sands was believed to be pregnant with Weeks’ child around the time of her death. Not to mention, the two were said to be romantically involved with each other (with the promise that Weeks himself would intend to marry Sands). Weeks was later acquitted of the murder charge.

Did you enjoy the Top 10 Haunted Places in NYC? Check out some of our New York City Ghosts tours and hair raising websites, like Civil War Ghosts, not to mention our interactive fully immersive tour app.