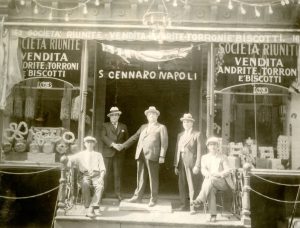 New York City is well known for its diverse and ethnic neighborhoods. You can work your way through all the boroughs of Manhattan and experience cultures from around the world. These neighborhoods have grown up around groups that have made their way to America and settled in the Big Apple.

One of these neighborhoods is Mulberry Street. Although it is the name of a street, it is also used to refer to the entire area. Predominantly an Italian-American neighborhood, this area is both famous and infamous. No trip to New York City would be complete without a stroll down Mulberry Street.

Mulberry Street is a well known as a principal thoroughfare, located in Manhattan in New York City. This area is historically associated with Italian-American culture and history. In fact, during the late 19th and early 20th centuries Mulberry Street was the heart of Manhattan’s Little Italy.

The street itself has been listed on maps of the area dating back to at least 1755. The “Bend” in Mulberry, where the street changes direction from southeast to northwest to a northerly direction, was deliberately made in order to avoid the wetlands that surrounded the Collect Pond.

During the time of the American Revolution, Mulberry Street was usually referred to as “Slaughter-house Street”. This name referred to the slaughterhouse of Nicholas Bayard on what is now the southwest corner of Mulberry and Bayard Streets. The slaughterhouse was located there until the summer of 1784, when it was ordered to be removed to Corlaer’s Hook.

Mulberry Bend, which is formed by Mulberry Street on the east and Orange Street on the west, was historically part of the core of the infamous Five Points; this included the southwest corner of Mulberry Bend, which formed part of the Five Points intersection for which the neighborhood was named. In addition to Mulberry Street, the other four streets forming Five Points were Anthony Street, Cross Street, Orange Street, and Little Water Street.

The Puck Building is located near the north end of the street, on the southwest corner of Houston Street. Further south you will find Saint Patrick’s Old Cathedral, standing in its churchyard. The Church of the Most Precious Blood, found at 113 Baxter Street, was built by Italians.  Since Italians were considered to be new immigrants, they were not allowed to worship in the main Churches of Transfiguration nor St. Patrick’s Old Cathedral. Located below Prince Street is the former Ravenite Social Club, where wiretaps were used to gather the evidence that sent mob boss John Gotti to prison. 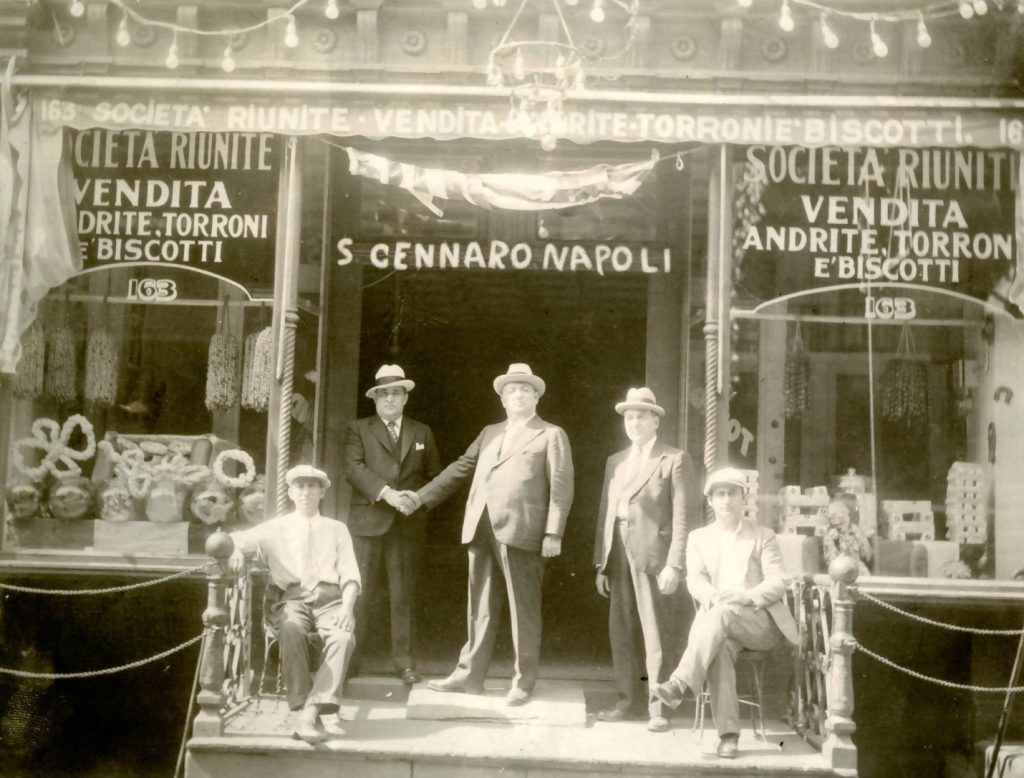 The Social And Cultural Aspect Of Mulberry Street

In order to get a better understanding of the area, The New York Times sent its reporters to characterize the Little Italy and Mulberry Street neighborhood back in May 1896. This is what was reported. The writers noted that the residents there were al laborers; toilers in all grades of manual work; they were artisans, they were junkman. It was noted that there was a “monster colony of Italians” who were considered to be the shop keeping community of the Hispanics. The reporters found all sorts of stores, pensions, groceries, fruit emporiums, tailors, shoemakers, wine merchants, importers, and musical instrument makers. There were notaries, lawyers, doctors, apothecaries and undertakers. It was also noted that there were more bankers among the Italians than among any other nationality except the Germans in the city.

Here Is Where Mulberry Street Starts To Get Dicey

So how could a seemingly nice street get such a bad rap? Easy. Back in the day Mulberry Street and Little Italy was were you would find members of the Mafia. During the 20th century, organized crime from Italy began to operate out of Mulberry Street. The Mafia families and gangs vied with each other for control. They fought to control certain areas that include businesses. These business owners would have to pay a protection fee to the mob in order to have their shops untouched. The Mafia was also responsible for money laundering and blackmailing. 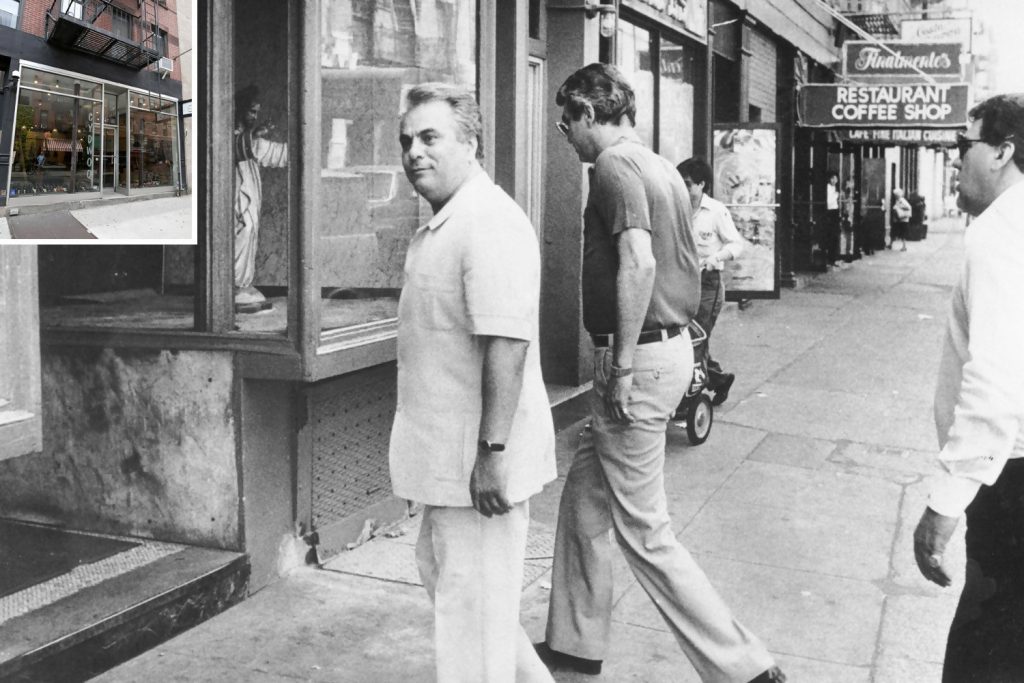 How Is Mulberry Street Haunted?

You may be wondering how a street could be haunted. Well, Mulberry Street can very easily be haunted.

Remember that Little Italy, located on Mulberry Street is the sight of many stories that were based on the gang activities of the Mafia families from the Gambino’s to the Genovese’s. Since this area was a well known hotbed for mob activity, this street was also the sight of many killings. One such famous incident happened in 1972 when a mob boss known as “Crazy Joe” Gallo was gunned down while he happened to be eating his dinner. It is said that the ghostly presence of many of these gangsters may still be around and quite possibly haunting some parts of the iconic Little Italy neighborhood.

Fortunately, these days the Mafia presence seems to be gone. And there are a lot of new businesses and renovations taking place in the neighborhood. In fact, today you need to bring your appetite to Mulberry Street. The Feast of San Gennaro is celebrated every year. The San Gennaro Feast began in 1926 and continues to be celebrated to this day. It is the largest Italian-American Festival in New York City and quite possibly the biggest in the United States. In addition, there are shops along the strip that are noted for their fresh, homemade mozzarella and plenty of old-world style delis.

So, if you are a fan of the Sopranos, or maybe you align more with the Godfather, head over to Mulberry Street. Go over to one of the many restaurants and sip an espresso while eating a cannoli. You can just picture what it must have been like for the immigrants who predominately came from Naples and Sicily. If you walk around some more, you may notice a bloodstain on the sidewalk. Maybe it is from a mobster gunned down by the competition. Keep an eye open for some dangerous ghosts; they are very territorial.

Today you can also visit the Italian museum located in Little Italy. This is a great opportunity to learn more about life for the Italian immigrants who started coming over in the 19th century. Life was often hard for these newcomers, and the museum is a great source of history.

Mulberry Street and Little Italy have changed radically since their earlier days. The Mafia presence is all but diminished. You can safely walk the streets of Little Italy and enjoy the shops and restaurants. These days the area is quite cleaned up and renewed.

Without a doubt, there is much to see and do during a trip to New York City. It is the perfect chance to visit museums, shops tour historical places. There are many famous neighborhoods to see in Manhattan, and Mulberry Street is one of them. Any time of the year is a nice time to walk through Little Italy and enjoy the food and shops.

If you do make the trip to Mulberry Street, keep an eye out for ghosts of mobsters past. 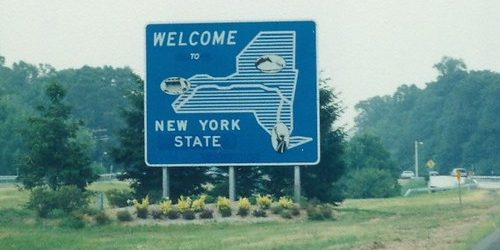 New York, Old History. Lovingly referred to as ‘The Empire State,’ New York is chock full of history, good and bad. Previously inhabited by members of the Haudenosaunee and Algonquian...
Read More