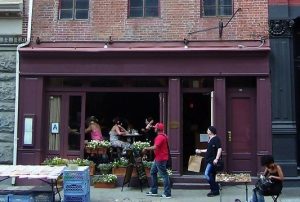 You can find the Manhattan Well at 129 Spring Street in New York City. This building looks like an average building and it has been home to several businesses over the years. It is a place that is always hopping and busy. However, two hundred years ago, there was a murder. It is a very infamous murder. Guliemla Sands was murdered. This was the first trial to ever be recorded in the history of America. The murder took place below the building that is there presently. It was in a well that has long since been covered and buried, however, it has not been forgotten. 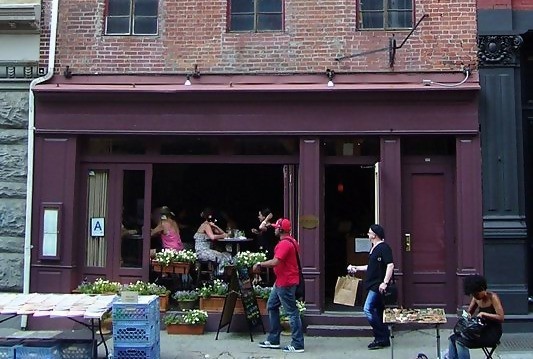 The Murder of Guliemla Sands

Guliemla Sands was also known as Elma. She had lived in a boarding house in the later years of 1799. The house was found at 208 Greenwich Street in the city. In December of that year, this young woman had found herself in a secret love affair with a man who also lived on the street. The man’s name was Levi Weeks. He was a carpenter in the local area. The two had hoped to elope. Elma had left her home on the night of December 22, in hopes that she and Levi would return married.

It was said that Elma left around eight that night. This was recorded by the cousin of Elma, Catherine Ring. She stated that the front door had closed around that time. However, she never saw Levi or Elma leaving. It wasn’t until ten that night that Levi arrived back at the home. He was demanding to know where his wife-to-be was. It was at this time that the entire home began to panic.

Later on, in the investigation, witnesses would claim that they saw Elma. They had seen her in the Lispenard’s Meadow. The witnesses claimed she was with two other men. They could not identify these men. Just a few days later, Elma’s body would be found. The body of Elma Sands would be pulled from a local well where the witnesses claimed she was seen. Evidence suggested that Elma’s neck was broken before she was dumped inside the well.

The trial for Elma’s death did not last long. It would last only a little longer than a day. It was backed by two infamous lawyers. The lawyers were named Aaron Burr and Alexander Hamilton. These lawyers were sought after by Levi’s oldest brother. It was said that Levi was behind the murder, however, he was acquitted of the charges due to lack of evidence. To this day, the murder is still a mystery. However, many people claim that they can see her haunting the well where her body was found over two hundred years ago. 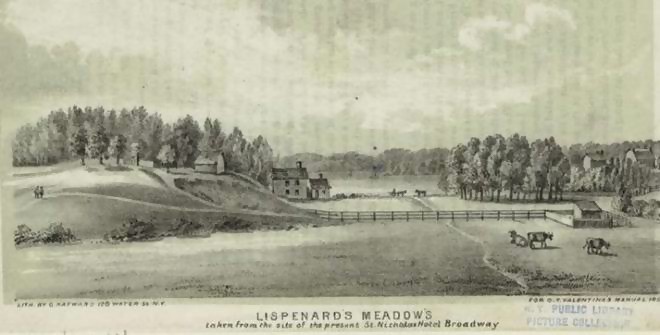 The Manhattan Well was built very close to the death of Elma Sands. The well was located in the Lispenard Meadow. This was a very popular area to be for locals who were in love. This was especially a popular place in the winter. It was in the 1820s that many upper- and middle-class houses were built on this property. This also meant that the well was sealed over. The well is now located in the basement of the building located on 129 Spring Street. This is the legal address of the well where Elma was murdered. Since the original building of this area, there have been several businesses in it. In the 1820s there was a shop there that would sell remedies for those who are addicted to tobacco. After this, it became a beer hall for Germans. After the beer hall, it was left vacant for many years.

In the 2000s, the well that was hidden for many years would resurface in the headlines. A Bistro in Manhattan known as the Manhattan Bistro had bought the building to use it for more storage for the restaurant. At this time, they would excavate the cellar. It was at this point that the well had been unearthed. This well had been hidden for about two hundred years. The owners stated that the well gave them bad vibes due to its eerie presence. When they looked at it, they said it didn’t look to have aged since the day it was covered.

If you go to this place today, you can find an H&M company and a COS. The well is still in near perfect condition in the basement. It doesn’t age and doesn’t appear to be going anywhere anytime soon.

Since Elma was murdered, many women and men in the area have reported seeing apparitions in that area. Some people state they can even hear Elma screaming. These screams can be heard in the Greene and Spring area. Those who have witnessed the screams state that Elma is pleading for her life.

There are also many employees of the businesses that state they have paranormal happenings occurring. The employees of the COS have blamed several occurrences on Elma. There is often missing merchandise and the elevators will break. Not to mention, there are random electrical shortages and outages that cannot be explained.

Many people have turned to Elma’s cousin for the hauntings and strange happenings that surround the well. The transcripts that were recorded after the ruling show us a grueling fact. It states that Catherine Ring, Elma’s Cousin, had cursed the room. It is in the transcripts that she said She calls upon the Almighty to curse them all. It is believed that this curse had led to many deaths. It is believed that this curse is responsible for Judge Lansing’s, the one who acquitted Weeks, death.

About thirty years after the trial occurred, the judge had left his hotel in Manhattan. He went to the post office to post a letter. However, that day he left, he never returned. No one could find any trace of him. He basically vanished into thin air. The investigation into his disappearance had turned up nothing. This ultimately led the case to be abandoned. However, the locals believe that Elma had something to do with it.

The Manhattan Well is a hidden gem. It has an eerie appearance that doesn’t seem to change. You would think that after two hundred years it would age. However, the well is still in pristine condition. There are many different stories that surround the well; however, one thing is for sure, we are not going to forget about it anytime soon.

The well is very mysterious and so is the story surrounding it. Is Elma behind all the strange happenings? Is it her cousin behind it with the curse? No one knows and just like the well, it is sure to be a mystery for many years to come.

While the well is a place where hauntings happen, it also holds a lot of history. This well is old and holds one of the most notorious crimes in the history of New York City. Many people may have forgotten about it, however, those closest to the story haven’t.

Whether you believe in ghosts and paranormal or not, you should check out this historical sight. It is a place where you can go for yourself to see if the sayings are true. Just be prepared to hear voices and see Elma. She is no longer with us but she refuses to let her spirit die. It is said that she is very restless and won’t stop until she gets what she wants. However, no one knows what she wants so it is very hard to get her to move on happily into the afterlife. It is time for you to decide if this place is truly haunted or if these are just local legends. Who knows the full story behind the well? We may never know.