Friday the 13th in New York, Part Two: The Murder of Kitty Genovese 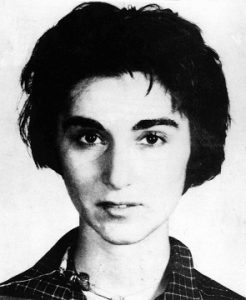 Friday the 13th perhaps carries more weight in New York than in most places. The day is the anniversary of at least two historically, culturally notable deaths: Sam Patch, as discussed in our last post, and Kitty Genovese.

The murder of Kitty Genovese was one of the most notorious crimes in New York City history, partly because of the nature of the media coverage surrounding her death. Her killing has been considered a key example of the Bystander Effect taken to a horrible extreme. Was this young woman truly sabotaged by apathetic witnesses, or was this a media falsehood?

Please be advised: the nature of this woefully true account is fairly graphic and deals with sensitive and disturbing subject matter, including rape and murder.

The Life of Kitty Genovese

Kitty Genovese was born Catherine Susan Genovese on July 7, 1935 in Brooklyn, New York to Rachel and Vincent Genovese. Her mother was a homemaker, while her father was a business manager. The oldest of five children, the large Genovese family lived in a four-family row house in an Irish and Italian working-class neighborhood in Brooklyn. Throughout her childhood, Kitty was considered upbeat. She demonstrated a joyous love for life.

As a student, Genovese was a well-liked, bright student with a winning sense of humor (she was voted “Class Cut-Up” her senior year). Her favorite subjects were English and music. She graduated from Prospect Heights High School, an all-girls school, in 1953 with a future ahead of her.

Right after her graduation, a terrible omen occurred.

The shock of the murder spurred the family to move out of the city to the suburbs of New Canaan, Connecticut. But not every Genovese made the move.

Because she loved the city, Kitty stayed behind in New York City. She held a number of different jobs: secretary, waitress, hostess, and barmaid. Eventually, she became a manager at Ev’s 11th Hour, a bar in Hollis, Queens.

Her work ethic from her school days carried over into her professional life. She was, again, well-liked, consistent, and dedicated, often working double shifts. Her many shifts helped her thrive financially, independent of a spouse, which was especially remarkable in the early 1960s for a young woman. Genovese worked toward her ultimate dream: owning an Italian restaurant.

Despite her father’s pestering to find a husband, Genovese informed him that “no man could support [her] because [she made] more than a man.” More importantly, it is quite possible that Genovese simply wasn’t interested.

On March 13, 1963, a year before her murder, she met Mary Ann Zielonko at Swing Rendezvous, an underground lesbian bar in Greenwich Village. The pair hit it off immediately. Soon after their meeting, they moved in together in an apartment in Kew Gardens, Queens. They believed the neighborhood was safe and quiet.

The Murder of Kitty Genovese

It was a cold, late night for Genovese. Though her position as bar manager likely meant many late night commutes back home, it was still around 3 a.m. when she left work.

She was eagerly looking forward to getting home, as it was the first anniversary of her relationship with Zielonko. She parked her car by the rail station near the apartment. She started walking home, doing the same routine as she’d always done.

Unlike all the other nights, a man trailed behind her. 28-year-old Winston Moseley stalked her home.

Moseley didn’t fit the stereotypical profile of a cold-blooded killer. He was married; a father to two sons; owned five dogs, and had a desk job punching data cards for a machine company. On this Friday the 13th, 1964, he abandoned all of this to drive around Queens late at night. He was hunting for a victim. He packed a hunting knife in his pocket.

From about 1 a.m. to 3 a.m, Moseley drove around searching. He was about to give up on his demented plan and drive home for the night… then he came across a young woman, Genovese, getting into her car by a bar.

Unknown to the woman, Moseley had followed her home. Genovese walked to her apartment building’s front door amidst the typical silence of late-night Kew Gardens. Then, punctuating the quietness, she heard footsteps that weren’t her own.

Panicked, she started to run away. Moseley ran after her. He caught her. He stabbed her. She screamed, “Oh God! I’ve been stabbed!”

From his apartment, aneighbor, Robert Mozer, watched the chaos below. He yelled: “Leave that girl alone!” Moseley stopped, deterred by the interruption. That pause gave Genovese the chance to get up and try to escape to her apartment.

She managed to crawl to the foot of the stairs before collapsing.

Yards away, Moseley had made his own escape. He sat in his car, waiting for police sirens or any other sign that he was in danger of being caught or killed himself. He was an experienced, determined killer, and his careful, calculated waiting was evidence of that.

When he realized no police were coming, he exited the car. It didn’t take long for him to find Genovese. The young woman was bleeding, shaking, and terrified. Moseley ruthlessly stabbed her again, then brutally raped her.

Then he stood up, coolly brushed himself off, stole the contents of his victim’s wallet, and left her for dead.

Sophia Farrar, a friend of Kitty’s and another neighbor of hers, heard everything that happened. She rushed downstairs. She held her friend in her arms, trying to provide her with some semblance of comfort after the horrible events. Farrar screamed for the police to be called.

However, it took more than 30 minutes for anyone to finally call the police. Another neighbor still, Karl Ross, made the call at around 4 a.m. that night. The NYPD came to the scene quickly, ambulance in tow. By the time Genovese was taken to Queens General Hospital, she’d bled out. She passed at the hospital.

Genovese’s girlfriend, Mary Ann Zielonko, was who identified the young woman’s body in the morgue. According to the coroner’s report, she’d incurred 13 stab wounds, and a number of struggle wounds. Clearly, Genovese had fought Moseley with everything she had. With that fighting spirit and her overall passion for life, she may have survived the attack… had the authorities been contacted sooner.

Close to a week after the attack, Moseley confessed to several rapes and burglaries, and the murders of three women, including Genovese. He was arrested, convicted, and sentenced to death on June 15, 1964, but this sentence was later adjusted to 20-years-to-life. He escaped Attica in 1968, earning him another 30 year sentence. He died in prison on March 28, 2016 at 81, after being denied parole 18 times.

Initially, coverage of Genovese’s murder was minor. The New York Times published a brief news item about the murder on March 14, 1964, the day after the event. Two weeks later, though, the paper delved into the story with a sensational version of the murder, with a headline that asserted: “37 Who Saw Murder Didn’t Call the Police”.

Martin Gansberg wrote the piece, which insisted that Genovese’s neighbors and others in Queens saw Moseley stalk and kill the woman, and did nothing. As later 2004, 2007, and 2015 reinvestigations into the Gansberg piece and the facts of Genovese’s murder were completed, it was concluded that Gansberg had exaggerated much of his claims.

Of course, at the time, no one knew he was exaggerated. Gangsberg’s falsified piece took off, making national headlines and spurring discussions on the Bystander Effect: the idea that, when faced with a horrible event, people will not act or help, but instead simply watch. Per this phenomenon, witnesses are less likely to help a victim if there are other witnesses, because of the belief that someone else is bound to step up to help first. The more witnesses, the less likely it is anyone helps.

After the story of Genovese’s horrific murder circulated national media, more psychological research and studies went into studying the Bystander Effect, in an effort to figure out why people experience that reaction. The findings of this research helped the enactment of Good Samaritan Laws.

Perhaps most importantly, the circumstances of Genovese’s death contributed to the development of a national emergency system and number. Prior to 1968, there was no “911” to dial for emergencies, only “O” (for Operator), which was a far less direct, more complicated process of relaying calls and waiting for help.

As horrible as Kitty Genovese’s death was, the sole silver lining is the help her tragedy established. Can you imagine life without 911?

If this story interested you, please consider joining us on our New York Ghosts tour. We explore the historical and haunted sides of some of the city’s most notable locations for a thrilling, interactive experience that combines entertainment with information.