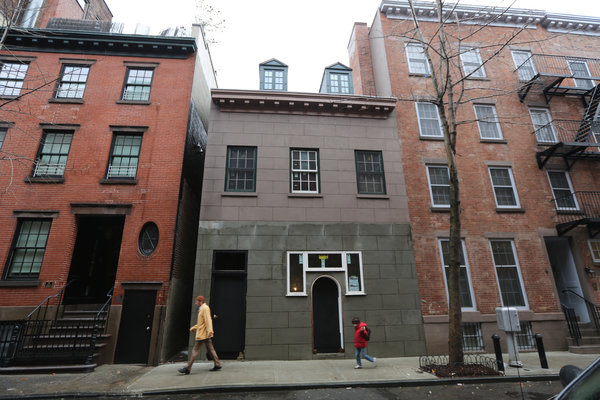 This former speakeasy stands out as one of New York City’s most interesting haunted locations. During the mid-1900s, Chumley’s (located on 86 Bedford Street), was one of the liveliest bars in the West Village. But before it was serving drinks to the likes of F. Scott Fitzgerald and Ernest Hemingway, Chumley’s had more serious duties, including housing horses and runaway slaves.

The Federal-style building, constructed in 1831, has served many purposes throughout its 200 year history. It began as a blacksmith’s shop and stable, and is rumored to have also been a safe haven for escaped slaves during the pre-Civil War era. But when Leland Stanford Chumley spotted “the obscure, three-story”1 structure in the 1920s, what he saw was the perfect place for a discreet speakeasy. The Prohibition Act had just been passed, banning the consumption of alcohol in the United States. Many illegal speakeasies thus began to pop up around the city, since even the law could not stop thirsty New Yorkers from drinking! 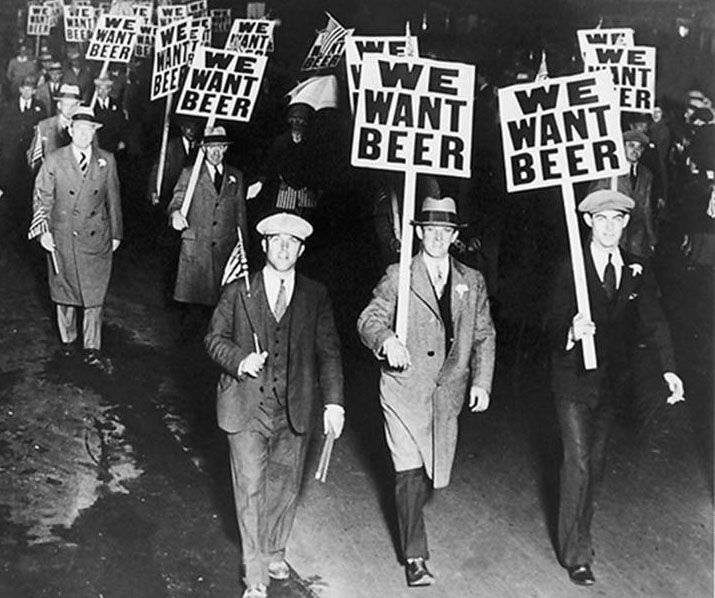 Leland “Lee” Stanford Chumley came from a very eclectic career background: “laborer, tramp, waiter, newspaper cartoonist, editorial writer and painter.”2 He was also an active member of the Wobblies, a left-wing labor union group whose socialist stance caused it the butt heads frequently with the Federal government. Thus, as a man “well versed in drawing people together toward a common goal”3, Leland was the perfect person to run a speakeasy which catered to the creative crowd.

Besides being haunted, there are many other reasons why Chumley’s stands out from similar establishments.  First of all, it was the favorite watering hole for many literary giants, including Norman Mailer, William Faulkner, E.E. Cummings, Jack Kerouac, Anais Nin, John Steinbeck, and J.D. Salinger. Its walls were thus decorated with book jackets and autographed photographs of many famous writers. The term “86-ed” is also said to originate from there. In the bar world, the phrase means that an item has become unavailable, or to stop serving someone. The number, marked right over the bar’s door, was one of the first things seen by unruly patrons who had been thrown out of Chumley’s. “I’ve been 86-ed,” many would remorsefully conclude. The term caught on, and was soon being used by other restaurants, even the police. Before a raid, “they’d tell the bartender to ‘86’ his customers”4, for instance. 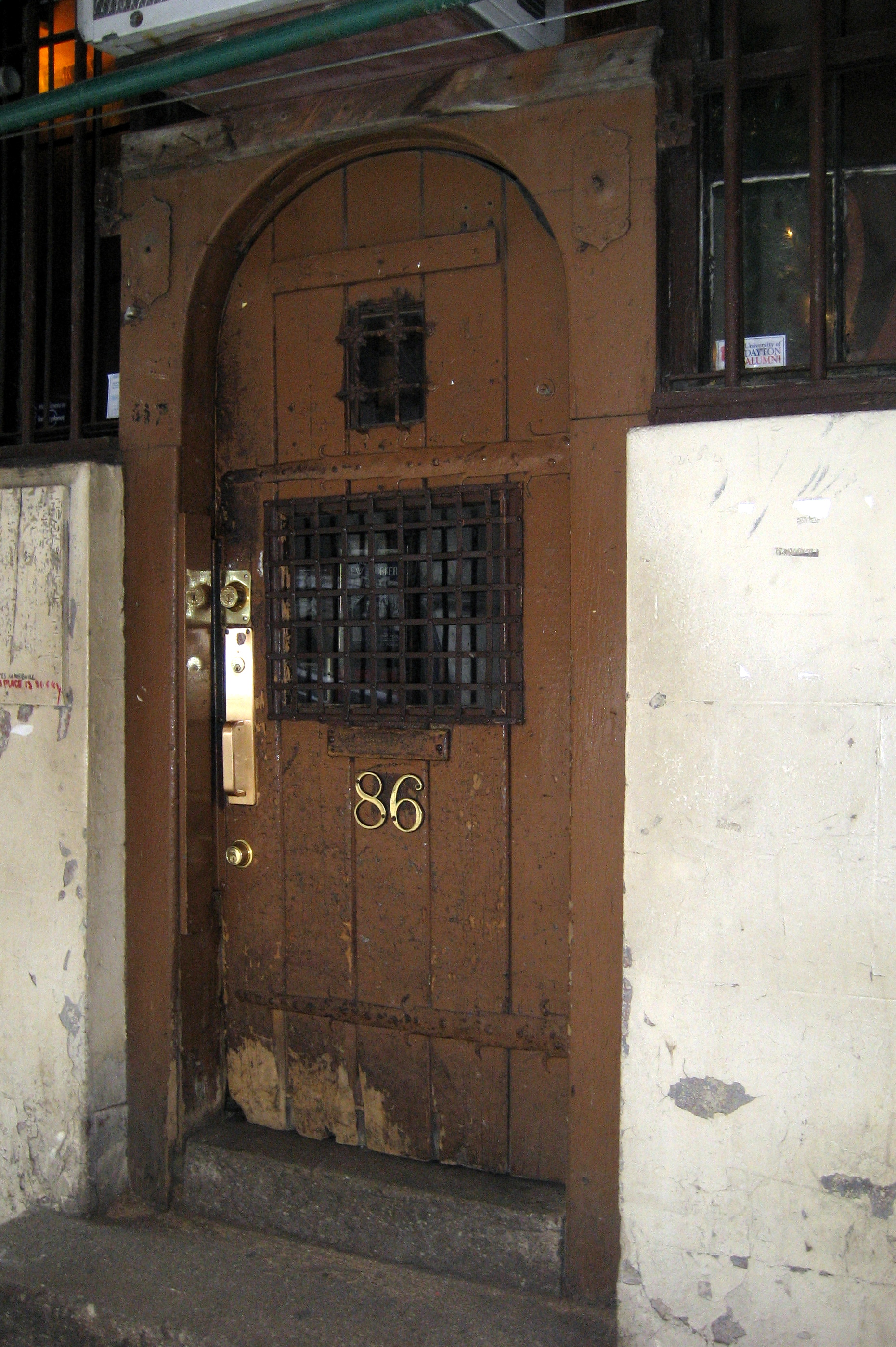 The door to Chumley’s, unmarked besides “86.”

To ensure that only those who belonged there (the city’s heaviest drinkers) knew where it was, Chumley’s had no sign designating its location. Customers would enter through a back exit and had various options to escape through when the cops arrived. Leland had made sure that his speakeasy came equipped with multiple exits, secret passages, entrances disguised as bookcases… in short, everything that would help patrons evade the police. There was even a trick staircase at Chumley’s! Indeed, the bar’s “labyrinth layout […and concealment] behind a gated courtyard”5 made arresting law-breaking customers a huge challenge for the NYPD. 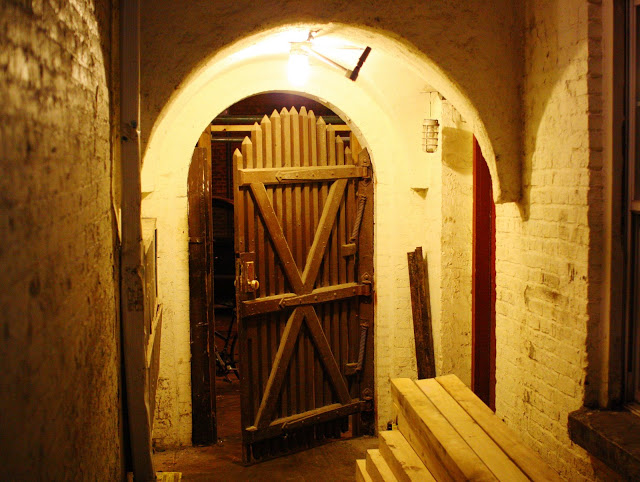 The secret entrance of the speakeasy.

Thus, this ex-cobbler shop became a hub of illegal activities during the Prohibition Era. Chumley’s was where New Yorkers went to drink the night away, socialize, or escape arrest. Even after its founder’s death in 1935, the speakeasy was still attracting loyal drinkers. During the 1950s, it drew in especially the collegiate crowd. In one instance, though, the police had to be called. On June 1, 1960, “a brawl over a chess game”6 resulted in the death of writer Clinton Curtis, whose jugular was sliced by a broken piece of glass wielded by seaman Michael L. George.

Since Chumley’s served both good drinks and food, it was also the perfect place to host scrumptious dinners, such as the one celebrating the 50th anniversary of Rainer Maria Rilke’s passing. Writers who gathered at the speakeasy on December 4, 1976 dined on classics such as quiche Lorraine and chicken pot pie, as well as the kitchen’s specialty: “Indonesian rice.”7

Attempts to bring back Chumley’s since its 2007 closure have faced several legal barriers. Locals of the neighborhood, fearing sleepless nights, insist that a reopening would attract the noisy “bridge and tunnel crowd”8. Perhaps they don’t mind as much the sounds made by the bar’s ghosts. Besides catering to her spectral patrons, former bar mistress and flapper Henrietta Chumley is known to still blast some tunes from the restaurant’s unplugged jukebox.

Henrietta Chumley, the alleged wife of Leland, took over Chumley’s after her husband’s heart attack. Henrietta, herself a heavy drinker, loved to down drinks with her customers, often passing out at her favorite table. In fact, she died sitting there in 1960. Her ghost is said to still watch over Chumley’s, even cause some ruckus. During a tour of the New York’s historic pubs, she started tipping glasses and bottles off the bar shelves, for instance.

Leland’s ghost often joins his wife’s. Mr. Chumley, garbed in his signature “floppy hat, open shirt and wavy necktie,”9 has been seen mingling among living patrons. Mrs. Chumley, usually wearing one of her extravagant headpieces, would be sipping Manhattans (her favorite cocktail) nearby. Indeed, the two who ran the speakeasy in life continue to do so in death! 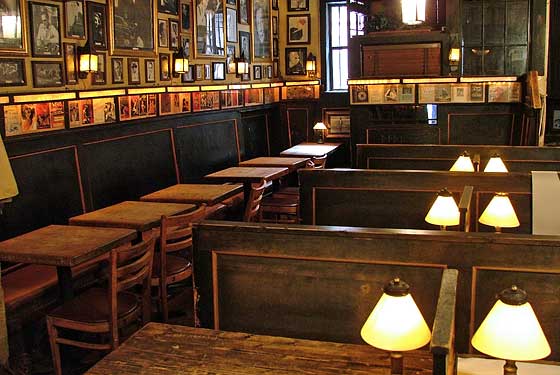 Ghosts still like to get boozy at Chumley’s tables.

Former bar manager Steve Shlopak “has seen his share of mysterious events at Chumley’s, but he believes the paranormal incidents involve spirits”10 of firemen. This includes Captain John Drennan, who died in 1994, and seven former employees who were also volunteer firefighters. They were among those who perished during the September 11th tragedy. Like Henrietta, these dead firemen still like to play their favorite tunes on the bar’s jukebox, before promptly vanishing.

As mentioned earlier, Chumley’s was closed in 2007 and has been stipulated for a 2015 reopening. Fixing the broken chimney, waiting for liquor license approval, refurbishing the bar’s façade… these are the least of owner Jim Miller’s worries. Lawsuits from neighbors and “Bar-Free Bedford” are slowing progress down the most. “When it existed, it was a hangout for drunks, basically,”11 argues one local resident. However, there are of course those who support bringing Chumley’s back to life. The petition12, “Last Call to Save Chumley’s at 86 Bedford Street,” currently has over two-thousand signatures. So if you want to mingle with the speakeasy’s eclectic mix of ghosts, make sure to add your’s today! If the bar does reopen, ghost hunters can finally have a place to get both inebriated and scared. 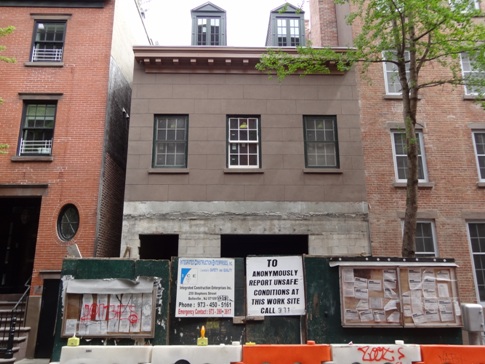 Chumley’s needs to be reopened!