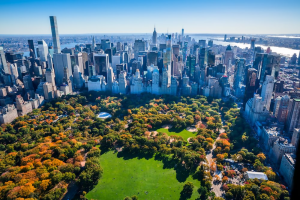 Central Park is arguably one of the most iconic landmarks in New York City. It is a lush green park that is the largest in the city and takes up a good chunk of the middle of Manhattan. With so much going on within the friendly confines of the park, you’ll never get bored or run out of options on what you want to do with yourself or with friends or family. However, this large park might just be a whole different animal at night. Could it be that this park that stretches from the edge of Harlem all the way to the Hell’s Kitchen neighborhood of Manhattan be home to some of the spirits and some stories that might keep your hair standing on end? This park might just have a few dark secrets that some of us may not know about until now. We will be talking about the history of the park and the stories that just might make this part of New York one of the most haunted in all of the Big Apple.

Plans for the construction of Central Park were initially approved in 1853. It would take a few more years until the final design of the park would soon be unveiled. The city had held a contest as part of its plan to commission an architect to design the park itself. As a result, Fredrick Law Olmsted and Calvert Vaux, both landscape architects in their own right won the bid. The blueprint of the part was named the “Greensward Plan”. In 1857, construction of the park began with some parts soon opening up to the public later that year and early into 1858. The first major expansion of land soon followed in 1859 when more land was purchased in the northern part of Manhattan. The park was completed in its entirety in 1876.

Throughout the years of construction and upkeep, most of it was done through the use of immigrant labor. Despite funding issues over the years, the park was mostly maintained by the city and those working to keep the park clean. Throughout the last decades of the 19th century, the park was frequented by working-class and middle-class citizens of New York. However, the citizens were demanding tax cuts which would ultimately lead to the decline of funding and overall quality of the park. While Frederick Law Olmsted placed blame on Central Park’s decline due to the local government among other “factors”, the high maintenance costs were also a major contribution in the park’s decline.

By the turn of the 20th century, the New York Subway system was soon taking shape. Central Park was slowly losing its grip as being the popular go-to destination for many of the city’s population. Since Coney Island and other parts of New York were accessible by the subway, the number of visitors coming to Central Park was quickly dwindling. Many advocacy groups were soon formed and began taking on the responsibility of adding on different features of the park to ensure its improvement and drawing back people to the park in the process.

Thanks to these groups, they managed to have playgrounds, sports stadiums, and a library among the many additions that were soon housed in the park itself.

In 1934, Fiorello LaGuardia took over as the Mayor of New York City and appointed Robert Moses as the commissioner of the Parks Department. Moses fired long-time staffers that had long been associated with past mayors that wanted nothing to do with improving the park. Under Moses, the park underwent a vast amount of changes including the planting of new trees and flowers among all kinds of vegetation to help bring new life to a long-suffering park. While LaGuardia was a Republican, he was in 100 percent agreement with then-President Franklin D. Roosevelt’s “New Deal”. This lead to more renovations to the park that would soon turn the park back into the gem it once was prior to its decline. Funding not only came from the “New Deal”, but also from public donations.

Throughout the 1940s and 1950s, Moses oversaw various renovation projects. But some of them came without controversy. Some citizens have opposed the installation of a parking lot due to the possibility of displacing families from their homes. Despite threats and confrontations, Moses went forward with the plan only for them to be halted by the threat of a lawsuit. Moses would continue on to become Parks Commissioner until his retirement in 1960. Since his departure, his successors did not exercise the same amount of power as he had (possibly out of fear of creating a lot of controversies). When he was able to wield his power and decision making, he managed to get the work done in making Central Park one of the most highly respected and iconic landmarks in New York.

Even after the Moses years, the park would continue to undergo occasional renovations, construction of various facilities, and all kinds of changes. Today, it remains a place where many from the city and the world over have come and go to check out the sights, sounds, and happenings. 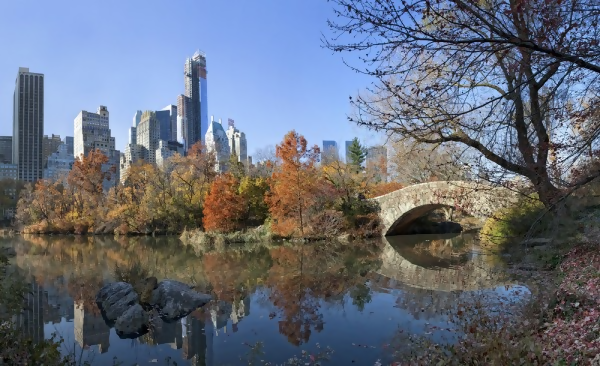 With a park as large as Central Park, it might be a bit intimidating or downright scary to visit the park at night. While some parts of the park are lively during the night time hours, there are some parts that might not be a place where anyone may dare go (unless they are among some of the crazy brave). The question that is looming on everyone’s mind is this: is Central Park really haunted at night?

Awhile back, a couple of paranormal experts were able to explore the park and brought along some equipment that would allow them to document paranormal activity. Their goals were to record ghostly voices with the use of a device that could only be known as a “ghost radio”. One of the ghost explorers, known as “Dr. Pete” said that they managed to record some sounds with the use of the ghost radio to digitally capture some of the paranormal activity and even possible words that were apparently spoken by a specter. Dr. Pete concluded that it was pretty strange and perplexing while further adding that he was planning on using this device for future ghost hunts.

Central Park may have been the sight of several murders and even discoveries of various bodies turning up dead over the years. So it may be a possibility that spirits may be looming about on the grounds of the park. However, there is one building near the park that might just be the center of attention. 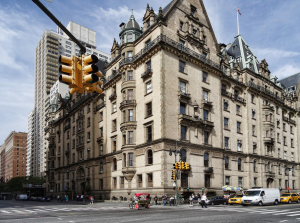 The Dakota apartment building was built in the 1880s and was named after the then-Dakota Territories (which were desolate and sparsely occupied at the time). It was also built in a sparsely populated area of New York City. It was said that some of the most haunting events had occurred in the building just off to the west of Central Park. It was said that Rosemary gave birth to a child that was allegedly known as the “Anti-Christ”. The Dakota was also home to John Lennon, one of the members of The Beatles. It was there where Lennon was shot to death by a deranged fan in 1980. Many residents and passers-by have reported seeing a figure or a spirit that bore the resemblance of Lennon for many years.

Whether you’re in the park or just steps away from it, there is bound to be some paranormal activity that could be happening in Central Park. With a lot of lands, you would be surprised (or not) to see a lot of ghostly activity going on in the night time. While it may not be wise to roam in some areas of Central Park at night due to safety reasons, it might be exciting to take part in any of the ghost tours that might be going on near the area (if any).