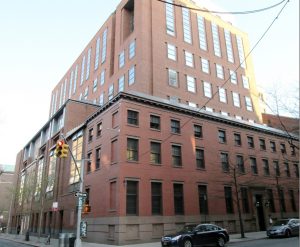 New York City is home to some of the most notable views in the United States. These views are constantly changing, however. This is a city on the move. Rapidly pasting over the past and incorporating the present.

One view that has changed is that from the window of the house where Edgar Allen Poe wrote the Raven, his impressive and scary short story about pure evil. The change form the windows has not changed much, only about half a block. The reason? New Your University.

If you are a college student, or thinking about going to college, you might have NYU on your list of universities to visit. And by all accounts, Furman Hall, which is located at 85 West 3rd Street is a solid option for accommodation while you are part of New York University’s Law School. But what you may not know, is that there is a much deeper story and history regarding this building.

This was the location of the home that Edgar Allen Poe lived in with his then wife and his delightful mother-in-law.

Edgar Allan Poe occupied a full house, a part of a row of houses in a building at 85 West Third Street, in the Greenwich Village neighborhood of New York City. He was there from 1844 until early in 18461. He then moved on to a small cottage type house up in the Bronx area, he lived there with his wife and mother-in-law again. Unfortunately, his wife’s health was in decline at the time. She died in that house, leaving Edgar heart broken, and alone with his mother in law.

While living at the house on West Third Street Poe wrote hos short story “The Cask of Amontillado” a window into the terror of pure evil at work, it is a truly frightening story. He also  revised his narrative poem “The Raven”, it was also published New York Evening Mirror, while he was living in this house. The bird that endlessly repeats the word ‘nevermore’is the terrible protagonist that haunts this story.

Edgar Allen Poe achieved some of his most famous works at this location, perhaps the spooky surrounds were inspirational for his writing. 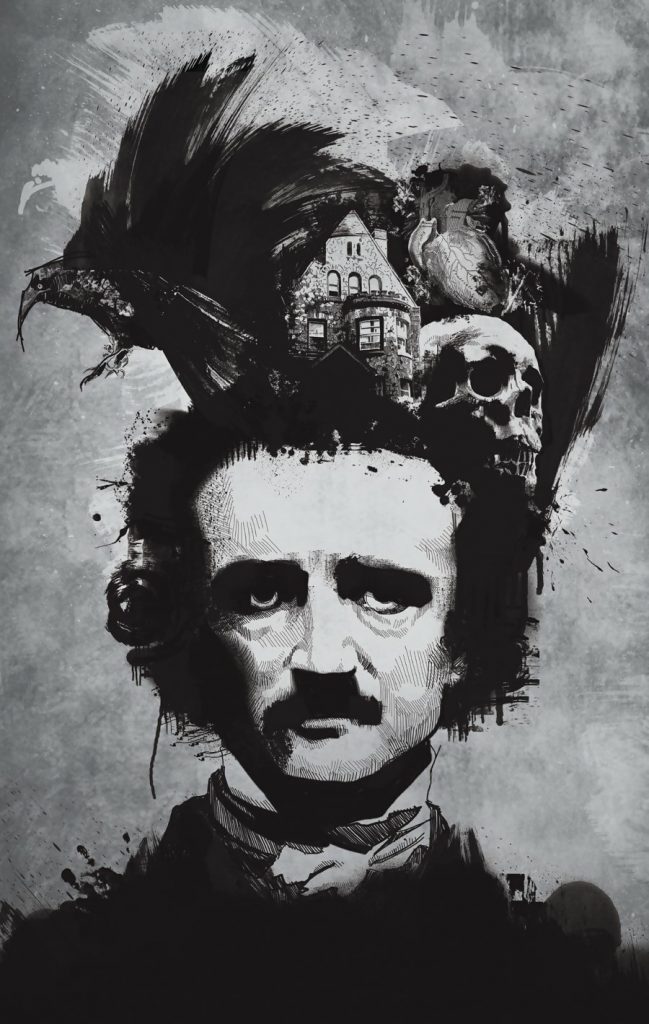 The Creation Of Furman Hall

Recently New York University wanted to add on to its famed law school. They had identified a site for the construction of Furman Hall that would require them to destroy Edgar Allen Poe’s former residence.

In a petition that was signed by more than 70 scholars they laid out the case for saving this house, crucial in the history of modern American Literature. Their hopes were to save the house form certain destruction.

Fortunately, both sides were able to reach a compromise. The deal was, New York University would agree to preserve the façade of the Poe house. However, New York University was able to move just the façade of the original house a few dozen yards away from where it originally stood. The facade of the house now stands in front of nine-stories of modernist architecture, comprising 170,000-square-foot of accommodation, study halls, and spaces for writing. Sadly nothing of the caliber of Poe’s work has been written there yet, but some fine legal briefs have come from the building.

Sadly, none of the original salmon-colored bricks from the house were used in the new structure. However as a nod to the house’s history, the new bricks were set in a historically accurate ‘running bond’ pattern. Contractors also used the same size bricks, pointing and the thin mortar joints of an 1899 design. Judith Alpert, associate dean for real estate planning and capital projects for New York University’s law school stated that “Unfortunately, there was not enough of the original bricks for use in a full facade. What we did instead was save a portion of them, and put a panel inside the room, made of the original bricks.”

Walk past Furman Hall and you might not know this was supposed to be the actual remnant of a 19th-century house. Andrew Berman, says that “It looks tacked on. It’s a façade, literally and figuratively.” Berman, the executive director of the Greenwich Village Society for Historic Preservation helped negotiate the original settlement that was reached between the University and the heritage groups.

New York University also undertook to match the color, character and texture of the original 1899 bricks. At the same time, they also committed to conserving and reusing as many other elements in the new facade as were present in the old one. 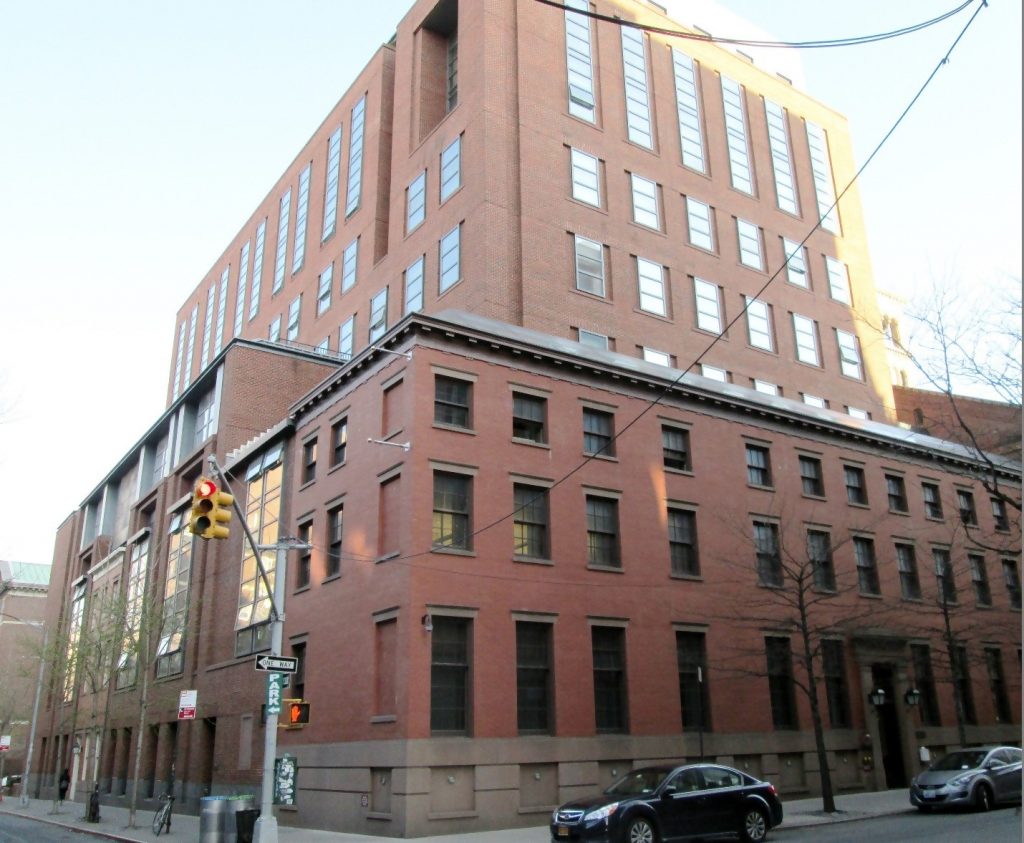 How Is It Haunted?

The inside of Furman Hall also has a banister that was part of the original house that Edgar Allen Poe occupied with his wife and mother-in-law. Today, law students at New York University have reported seeing his ghost going up and down this banister. The NYU Law School does permit access to the building’s interior space for programs, local schools, and community organizations and to the public on a regular, scheduled basis.

Where Else Does Poe’s Ghost Visit?

Edgar Allen Poe lived in various places around New York City as well. Another address Poe inhabited was on the second floor at 47 Bond Street and it was said that he enjoyed spending time drinking at the bar underneath that address. These days the location is wine cellar for a restaurant. Restaurant staff say that Edgar Allen Poe’s ghost is responsible for moving around unopened wine bottles.

Other Ghosts In The Neighborhood

Edgar Allen Poe is not the only ghost to haunt the neighborhood. If you happen to visit Greenwich Village, keep an eye out for some other notable ghostly writers.

Dylan Thomas was a fiery, hard living Welsh poet who visited New York for the first time in the 1950s he came to the city to be given a tour of local creative centers. Thomas is most well known for poems such as “Light breaks where no sun shines” and “Do not go gentle into that good night”. Dylan Thomas became even more famous after arriving in America. Thomas subsequently made many more visits to New York City and capitalized on his reputation as a brilliant poet and an excellent drunk. Throughout his visits, he would often drink at the White Horse Tavern, just outside Greenwich Village. Reminiscent of is pubs in rural Wales, the White Horse was one of Thomas’ favorite drinking establishments. In 1953, after a downing 18 shots of whiskey during a two-day binge, Thomas collapsed at the Chelsea Hotel and died the following day in St. Vincent’s hospital. The staff of the Tavern report having seen shot glasses mysteriously appear on his favorite table in the bar. They are convinced Dylan Thomas still haunts the bar hoping to down yet another drink with anyone who passes.

Samuel Clemens and his nom de plume, Mark Twain, to this day is one of America’s most noted writers. He also lived in Greenwich Village, for just a year between 1900-1901, at a house that was a rich and long history of ghostly activity. Nicknamed the House of Death, the imposing property on West 10th Street has seen his ghost regularly since the 1930s. It is reported that he is often wearing his trademark white suit on the first floor or by the staircase inquiring about some troublesome business he must tend to.

New York City is steeped in literary history. Many famous authors, poets, and artists have made the Village their home over the years. One such notable author was Edgar Allen Poe. He wrote some of his most notable work while working at his home at 85 West 3rd Street.

Today the house is gone. But the facade and banister were moved into Furman Hall. If you are visiting New York University, or just happen to be in the area, stop in. Take a look at the facade and try to picture Poe writing the Raven within. Then look at the banister and see if you can catch a glimpse of his spirit.

There is much to do in New York City and a walk through Greenwich Village is nice any time of the year. And no trip to the Big Apple would be complete without a stroll through this historical neighborhood.

New York City is steeped in literary history. Many famous authors, poets and artists have made the Village their home over the years. One such notable author was Edgar Allen Poe. He wrote some of his most notable work while working at his home at 85 West 3rd Street.

Today the house is gone. But the facade and banister were moved into NYU’s Furman Hall. If you are visiting New York University, or just happen to be in the area, stop in. Take a look at the facade and try to picture Poe writing the Raven within. Then look at the banister and see if you can catch a glimpse of his spirit.

There is much to do in New York City and a walk through Greenwich Village is nice anytime of the year. And no trip to the Big Apple would be complete without a stroll through this historical neighborhood.