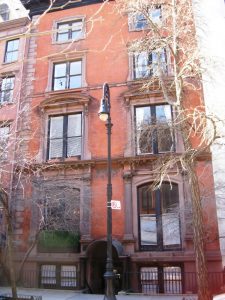 In New York City, there can be so many stories about gruesome events and the spiritual activities that followed. One such house can be the subject of such discussion. The house with the address of 14 West 10th Street might be one of the most infamous residences in the Big Apple. The stories of various hauntings and a homicide that had shocked the city have provided a strong case as to why it’s infamously dubbed “The House Of Death”. In the house’s near 160-year history, so much has occurred here. Even today, there’s a good chance that the residents of this house may or may not know the story of the various hauntings and tragic events that have occurred.

Learn the story of the home and the recounts of the many hauntings of this home and the likely spirits that have lived inside of it. It was once the temporary home of one of America’s most recognized writers. His own recount of his time at the house. 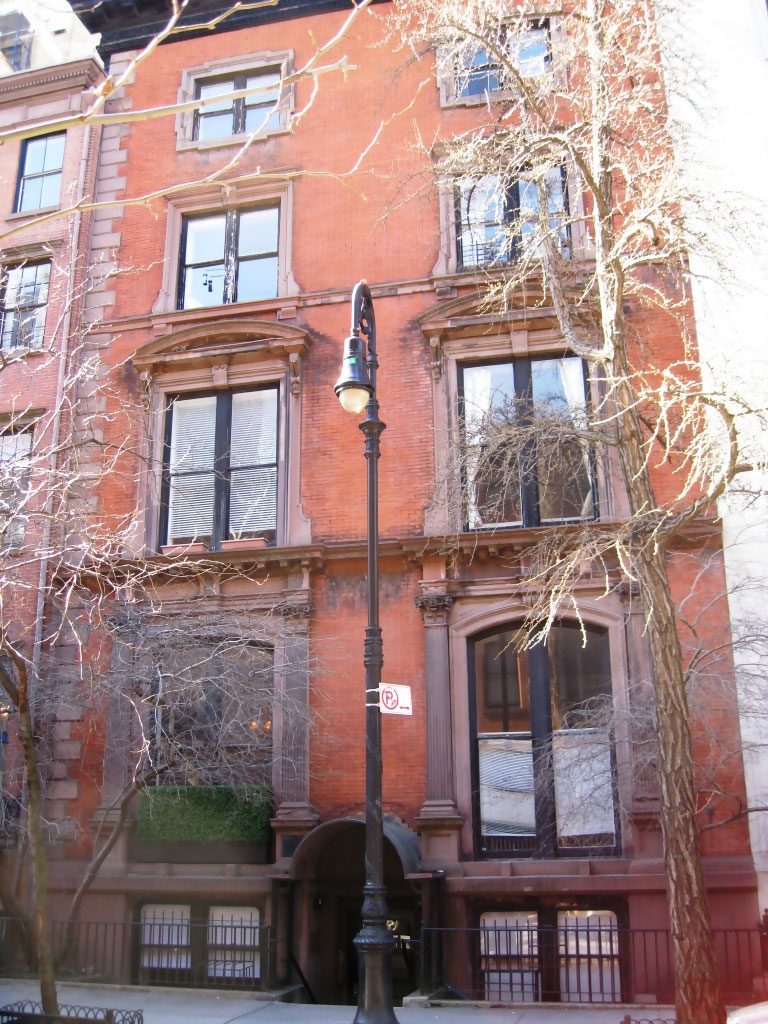 At a time when real estate was favorable in the Washington Square Park area of New York City, the house known as “Number 14” at the time was constructed in the 1850s. Oddly enough, the park was known for being a burial ground where human remains and remnants of wood coffins and headstones were buried underground. Prior to the house getting its infamous name, the home was the residence of numerous members of New York’s high society. One notable resident was James Boorman Johnson and his wife. Johnson was known as one of the founders of the Metropolitan Underground Railroad and the Broadway Underground Railroad. After the Johnsons left, the home continued to be leased to many wealthy residents that had stayed a short time. 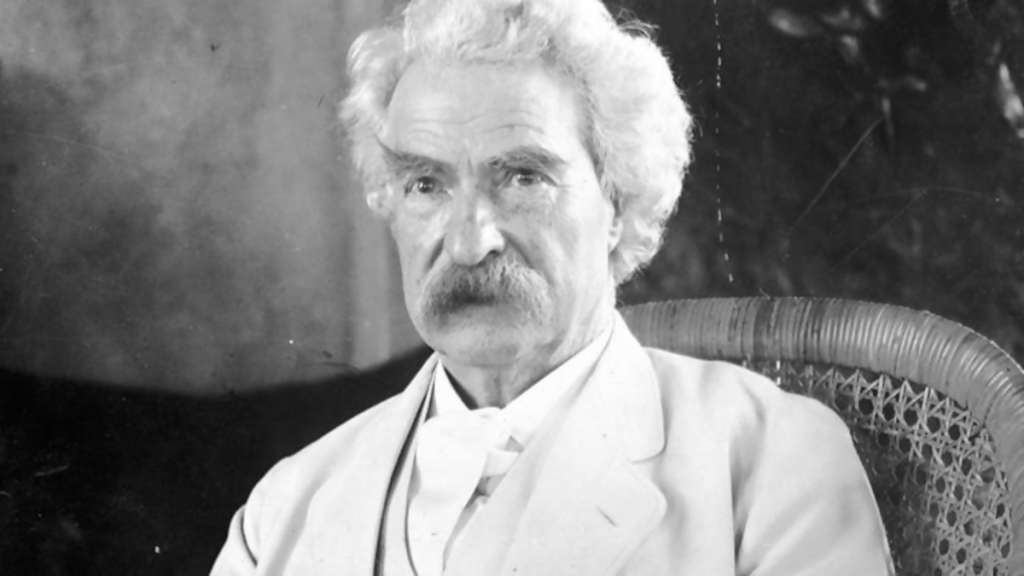 However, one such person moved into the home and stayed there for about a year. His name was Samuel Clemens (or better known as Mark Twain). While Twain didn’t stay long, it was certain that his spirit might have stuck around much longer (and probably remains there to this day). The home was occupied by various residents over the next few decades. In the early 1930s, a mother and daughter had moved into the home. Shortly after moving in, the pair had encountered a man who was sitting by the window, addressing himself as Clemens. The man would soon disappear apparently without a trace. One of the women said that “Clemens” was complaining about having a problem and wanted to settle it. The spirit was described as wearing a white suit. This may have been one of the many encounters of the apparent specter of Mark Twain.

Throughout the late 1930s, the demand for apartments was growing at a rapid rate. Soon enough, the brownstone house (along with many others in the city) were soon converted to house multiple apartments. 14 West 10th Street alone contained 10 apartments by the time it was fully converted in 1937. One such resident that moved in after the conversion was an actress named Jan Bryant Bartell. Bartell reported feeling presences instantly and even recalled seeing a “monstrous” shadow moving around in the halls. She would later recount her stories of the paranormal happenings in the apartment in her memoir that she published in 1974. It was said that she was experiencing paranormal happenings in an apartment that she lived in during the 1950s. Incidentally, it was adjacent to 14 West 10th Street. Whether the spirits have followed Bartell to her new apartment remains to be seen.

Throughout the years, the residents that have occupied the apartments have begun feeling continuous spiritual presence. They have seen spirits ranging from Mark Twain himself and even the young woman holding a cat among many others. However, it was a shocking homicide that took place at 14 West 10th Street that gripped the city and added a chapter to what was already known as “The House Of Death”.

The Death Of Lisa Steinberg 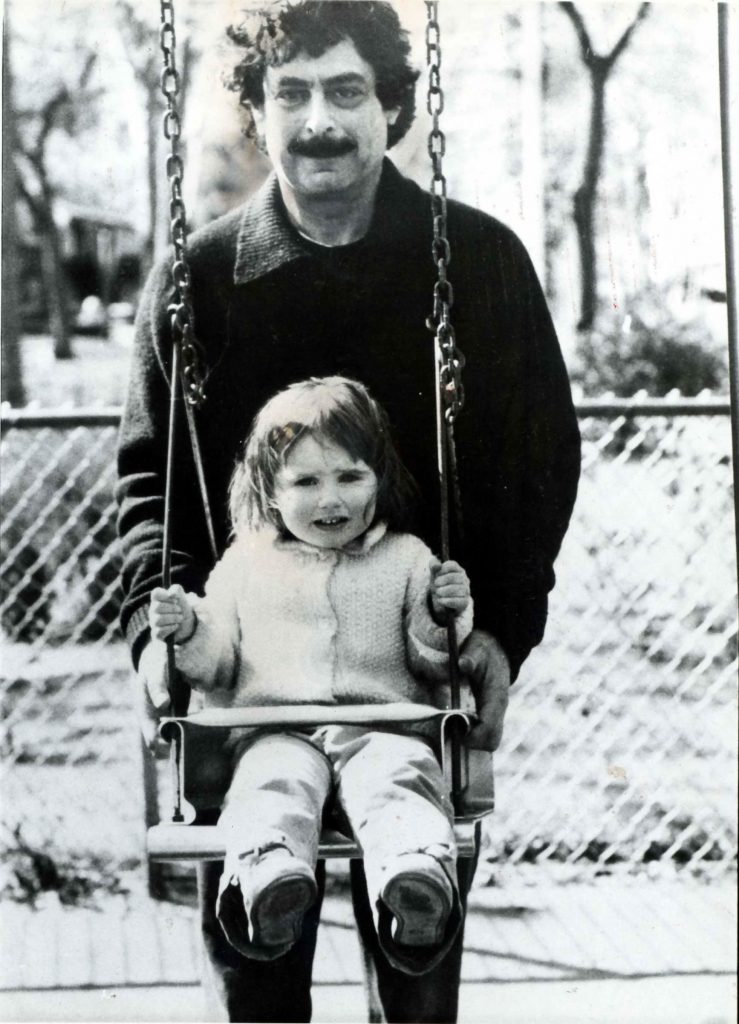 The home was the subject of the murder of a six year old girl of Lisa Steinberg (born Elizabeth Launders). In the early 1980s, a high-powered attorney named Joel Steinberg was hired by Michelle Launders, a single mother who was looking for an attorney to help her daughter land a suitable home for adoption. In a stunning turn of events, Steinberg himself along with his live-in partner had raised the child as their own. The adoption proceedings have never occurred and it was revealed that Steinberg had adopted the child illegally. Lisa was one of two children that Steinberg had apparently adopted without going through the legal process.

On November 1, 1987, tragedy occurred when the elder Steinberg was apparently high on crack cocaine when he allegedly struck Lisa in the head. Soon after the attack, Steinberg left the residents to visit friends. His live-in partner Hedda Nussbaum had dialed 9-1-1 after Steinberg left the home. Lisa was transported to a nearby medical center where she died from her injuries three days later. During the investigation into Lisa’s death, it was discovered that the other child (named Mitchell) and Nussbaum appeared to have signs of physical abuse. That was enough to arrest Steinberg in connection with Lisa’s death. Nussbaum was never tried herself as she was willing to testify against Steinberg. While Nussbaum’s apparent abuse was addressed by the media, Steinberg’s defense team stated that both their client and Nussbaum had a consensual relationship that involved sadomasochistic activity.

Steinberg was eventually convicted of manslaughter and was sentenced to 8 to 25 years in prison. Steinberg served time at the Southport Correctional Facility in Southport, New York until September 30, 2004. Since his release, Steinberg has managed to live a low profile life in Harlem, despite working a job in construction. Since Lisa Steinberg’s death, Mitchell Steinberg was eventually reunited with his biological mother.

While Steinberg will live in infamy for the rest of his life, he will be known for writing one of the most bizarre chapters of the story that can only be told by the many spirits that reside at 14 West 10th Street. Could it be that the spirits themselves have witnessed the death of little Lisa? Did the spirits drive Steinberg to a point where he could use drugs to escape a reality he couldn’t accept? So many questions will

Is It Worth Visiting?

Since the house is a private residence, it may not be a smart idea to simply waltz right in and say that you’re looking for ghosts. But it has been the place where paranormal experts have set up shop to encounter spirits and document paranormal activity. But if you somehow end up milling around Greenwich Village and walk past the home, you might be able to encounter some eerie feelings. While it may not be a guarantee that you may see a spirit, just passing through might be enough of a reason to check the place out without walking in. Only the residents of the home (past and present) might tell the story of the various hauntings and strange happenings.

Whether you are a resident of 14 West 10th Street or even someone who plans on visiting the city of New York, it might just be straight-up scary knowing that this place is home to many spirits (including that of a legendary American writer). Even if you are passing through the home, you never know what or who you may encounter while you are in and around the area. While there is a good chance that people are still living there, don’t be shocked if they happen to have a story or two of some paranormal activity that may have happened. The question for you use if the opportunity were to arise, would you live in the place known as “The House Of Death”?